We’ve looked at a couple of themes in this post-post-modern condition – the new truth and the new morality. The third theme – the new state – flows from and enforces the previous two themes. In a nutshell, the new state tends towards populist totalitarianism. An important caveat Before going on though it is important … END_OF_DOCUMENT_TOKEN_TO_BE_REPLACED

The agenda of the New Atheists was never simply to promote science and materialism over and against religious belief and super-naturalism (though that was core); it was also the promotion of a new morality: an attempt to show that religion was not only untrue but bad and that atheistic humanism can produce a superior morality … END_OF_DOCUMENT_TOKEN_TO_BE_REPLACED

Post-modernity was open to any narrative, any ‘truth.’ If you wanted to say there were fairies at the bottom of your garden then that was ‘an interesting folk perspective worthy of narration’ (and worthy of a PhD or two exploring the polyvalence and intertextuality of this tradition). In fact post-modernism was suspicious of science because … END_OF_DOCUMENT_TOKEN_TO_BE_REPLACED

The death of post-modernism has been announced by a number of cultural commentators. In 2006 Alan Kirby wrote an article in Philosophy Now called, ‘The death of postmodernism and beyond.’ Another British writer, Edward Docx, in a 2011 article for Prospect Magazine, ‘Postmodernism is dead,’ noticed that a London museum was putting on a ‘retrospective’ … END_OF_DOCUMENT_TOKEN_TO_BE_REPLACED

Fidel Nyongesa is passionate about sharing the gospel, seeing people’s lives transformed by the gospel; loves chillies and football; reads widely, thinks deeply and writes for Conversation… Over the last few weeks, I have been drawn to read a column in the Saturday Nation called ‘City Girl’ for two reasons. First, it’s because the … END_OF_DOCUMENT_TOKEN_TO_BE_REPLACED 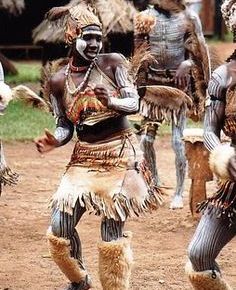 David Maina is the managing consultant of Perfometer Agribusiness Consulting House, on the board of iServe Africa, and he’s also a great storyteller and writer… Among the Agikuyu community, there used to be various social and religious ceremonies and there was a reason for every ceremony. Such ceremonies marked good times as well as bad times. One … END_OF_DOCUMENT_TOKEN_TO_BE_REPLACED

Martin Irungu, iServe Africa alumnus, surveys the contemporary church scene and draws our focus to true worship:     Are we missing the point? In our churches today, many have emphasized different forms of worship, how to experience a ‘spirit flowing‘ worship service as well as the need for churches to have a ‘powerful’ praise and … END_OF_DOCUMENT_TOKEN_TO_BE_REPLACED

Journalist, writer and political communications consultant Jesse Masia writes of media controversies, media trends and the need for media literacy… Kenyan popular culture in the first quarter of 2014 may well have been underlined by two events: The Mavuno Church poster in February and the Daystar University girl in The Pulse’s bio pin-up page that followed in March. Under intense … END_OF_DOCUMENT_TOKEN_TO_BE_REPLACED

What do all these things have in common? The abortion of 200,000 babies in the UK each year, just over 1% for reasons of likely serious handicap. A Muslim debater challenges a Christian, “Can God also become a dog?” Higher road deaths in Africa than any other region of the world (WHO). Terrible industrial accidents caused … END_OF_DOCUMENT_TOKEN_TO_BE_REPLACED

Chris Howles started a conversation about the concept of justice in East Africa and lots of questions emerged from the discussion: How is it that often the public is content for war criminals and officials involved in massive corruption to walk away unpunished and yet suspected petty thieves are often lynched on the street? Is the communal … END_OF_DOCUMENT_TOKEN_TO_BE_REPLACED