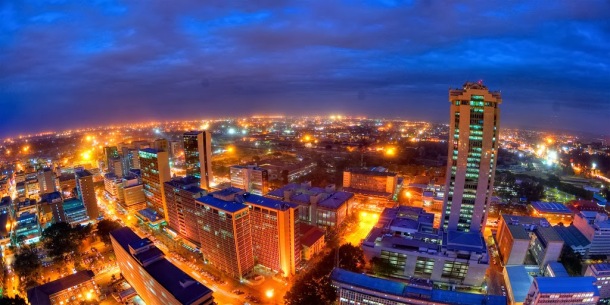 The Bible starts with a garden but ends with a garden city. The biggest Gentile mission of the Old Testament was to a city – Nineveh. In the most recent issue of Conversation Magazine, Gerald Mwangi looks at the issue of urban mission. Perhaps the strongest contemporary proponent of God’s focus on cities is Tim Keller and his great sermon on Acts 11:19-30 and the church in Antioch is very well worth listening to.

Also very helpful on this theme is the classic work of Roland Allen, Missionary Methods:

St. Paul’s theory of evangelizing a province was not to preach in every place in it himself, but to establish centres of Christian life in two or three important places from which the knowledge might spread into the country round. This is important, not as showing that he preferred to preach in a capital rather than in a provincial town or in a village, but because he intended his congregation to become at once a centre of light. Important cities may be made the graves of a mission as easily as villages. There is no particular virtue in attacking a centre or establishing a Church in an important place unless the Church established in the important place is a Church possessed of sufficient life to be a source of light to the whole country round.

It is not enough for the Church to be established in a place where many are coming and going unless the people who come and go not only learn the Gospel, but learn it in such a way that they can propagate it. It has often happened that a mission has been established in an important city, and the surrounding country has been left untouched so far as the efforts of the native Christians have been concerned, because the Gospel was preached in such a form that the native convert who himself received it did not understand how to spread it, nor realize that it was entrusted to him for that purpose. By establishing the Church in two or ‘three centres St. Paul claimed that he had evangelized the whole province. Ten years after his first start from  Antioch, he told the Romans that he had “fully preached the Gospel of Christ from Jerusalem and round about to Illyricum” and that he had “no more place in these parts.” In that single sentence we have the explanation and the justification of St. Paul’s establishment of the Churches in important centres in a province. When he had occupied two or three centres he had really and effectually occupied the province.

…Concentrated missions at strategic centres, if they are to win the province must be centres of evangelistic life. In great cities are great prisons as well as great railway stations. …It may be a safe in which all the best intellect of the day is shut up, or it may be a mint from which the coin of new thought is put into circulation. A great many of our best men are locked up in strategic centres. If once they get in they find it hard to get out. At many of the strategic points where we have established our concentrated missions it is noticeable that the Church rather resembles a prison or a safe or a swamp than a mint or a spring or a railway station. We are sometimes so enamoured with the strategic beauty of a place that we spend our time in fortifying it whilst the opportunity for a great campaign passes by unheeded and neglected.

St. Paul… seized strategic points because he had a strategy. The foundation of Churches in them was part of a campaign. In his hands they became the sources of rivers, mints from which the new coin of the Gospel was spread in every direction. They were centres from which he could start new work with new power. But they were this not only because they were naturally fitted for this purpose, but because his method of work was so designed that centres of intellectual and commercial activity became centres of Christian activity.