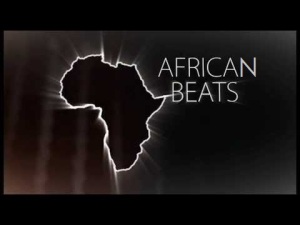 We said in part 1 that musicians and singers should be just as much servants of the Word as preachers. We’ve got to be careful about lyrics in just the same way as the words we preach – not just being careful whether they are true or heretical but thinking about how they are heard (e.g. what are people thinking when they hear “There is power, power, wonder working power in the blood of the lamb” especially when the chorus is sung without the verses) and whether they are informed by a biblical worldview centred on Christ.

But what about tunes and beats?

Do they matter? A brother I was talking to recently was very worried about the influence of ‘secular’ music (e.g. from the nightclub) on Christian music and expressed the idea that certain beats are secular (even demonic) and that putting Christian words to ‘secular’ tunes can lead to the singers being drawn back into the World. I put the issue to Wes Handy on the blog ‘a mission-driven life’. This was his very insightful response:

From a trinitarian gospel-centered perspective, responding to the issue of secular vs sacred music is an interesting prospect.

So, first we recognize that all of reality is sustained by God who created all things. Jesus assumed humanity (100%) to redeem and restore God’s good creational order. The Holy Spirit acts to reveal the Father and the Son and to sanctify. Culture exists in relationship to the triune God. If there was no sin in the world, all human culture would be good, beautiful, and revealing of God’s grand and diverse majesty. However, because of sin and the fall, all of culture is tainted. However, no human system is completely evil, nor, until Christ returns are they completely restored. Music is no different.

Music reflects God’s creational order and goodness in several ways. Beautiful things always reflect something of God’s ultimate beauty. Music also is structured, ordered mathematically (in various degrees) reflecting God’s order placed in the universe. Truly, in whatever context, cultural products, such as music, deserve to be studied deeply to provide what anthropologist Clifford Geertz called a “thick description”. Music, especially, reveals deep things about a people’s worldview and at the same time has the power to change it. Music is not so much listened to as performed. Musicians perform the actual production of the sounds in rhythms and harmonies, but listeners participate in the music as well. Music is always active in the heart and mind of the individual. In a perfect world, these are very good things.

But we also live in a fallen world. Albert Wolters refers to a culture’s direction. Something can either be directed towards God, or away from God in satanic rebellion. A good thing, like music, can be misdirected in idolatrous self-worship (like most Western music) or in idolatrous pagan worship. Again, even this requires deep study. Music, as a cultural performance, has worldview implications. This means that the words combined with the meaning ascribed to the melodies themselves can work to shape how a person views reality, what is ultimate. For instance, if I was listening to instrumental version of “imagine” by John Lennon, that could have as detrimental an effect on me as if I were listening to the words (well because I know the words to the song). Lennon preaches and calls us to participate in a faulty godless worldview. Music has a special power to affect us. Would putting Christian words to the song be enough to counteract the meaning? Over time, yes. For me, I would be conflicted. My children, it wouldn’t bother them since they don’t know the original.

I don’t know the African context. If certain tunes and beats are closely associated with pagan rituals that perform a demonic worldview, then it is possible that those beats would continue to preach that worldview even when applied different meanings (and by beats, I don’t just mean the use of drums, but the combination of sounds that are associated with a particular ritual). Honestly, this is not an easy question to address.

Every culture is valuable because Jesus particularized a single human culture. From this particular culture, he performed a universal redemption. Every diverse human culture in its grand diversity, then, is infinitely valuable. From Genesis to Revelation this is clear. Every culture, in so much as it is directed towards God, can be redeemed and restored, and sanctified by the Holy Spirit. By redirecting the worldview of the beats and music, it may be possible to both redeem and sanctify a particular beat. Overall, it is important that African music be valued. If it is possible to worship African-ly, then that reflects God’s creational order and his redemptive and sanctifying work. This may mean, though, creating new songs and new beats, by Africans in an African way. Scripture over and over affirms the singing of new songs to the Lord. Twice in the NT are believers directed to sing songs and hymns and spiritual songs to one another and to make melodies in their hearts to God.

The danger is tackling this question from a legalistic standpoint. Is it sinful to redeem secular songs or particular beats? No. Wisdom is needed though to discern what worldview is being presented. When hymns in the Western context were put to bar tunes, they were able to transcend the worldview issues (who today even thinks of a bar when singing hymns–personally, I’m just trying to stay awake!). Others, like Bach, wrote fresh music weekly in service of the church. May God raise up a thousand African Bach’s! And may the African church find the freedom to redeem and transcend misdirected beats.