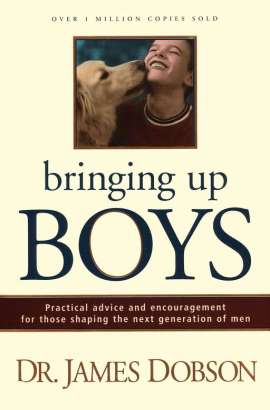 Dobson says at  the end of the book,

I wanted to say to him, “Yes, yes, every page, you should see all my underlinings and notes.” Reading Dobson is like listening to a wise, beloved, godly grandfather just talking away and sharing those things that he feels are most important. Come to think of it, it’s exactly like listening to Dobson’s radio broadcasts on Focus on the Family, which is not surprising really.

If you’re looking for ‘practical advice’ on parenting then you will find some but the book is really much more than that. It is a blistering cultural critique addressing feminism, post-modernism, the media industry, materialism and careerism. Dobson isn’t worried about being politically correct as he exposes the dangers, inconsistencies and plain ridiculousness of the forces that war against the biblical model of the family. Occasionally it can verge on a rant but he is almost always spot on, saying things that are very rarely said, exposing things that are almost unbelievable, so we can forgive him a bit of repetition.

This book is a must read for all parents – of boys or girls. And in fact it’s got a lot for non-parents. In terms of examples and target it is very much focussed on North America but there is loads that is hugely relevant to our East African context with rapid secularisation, media/technology explosion and a huge issue of absentee parenting.

But still, I would whole-heartedly recommend this book as a hugely important wake up call to parents everywhere.